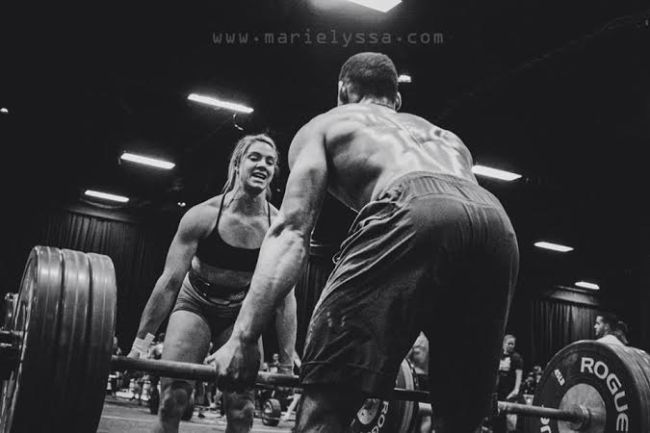 As of now, we are on the down side of the Open.  Three weeks down and only two more to go.  My “leaderboarding” was no better this week, annoyingly I actually find it fun now.  I’m not sure that will ever change.  Anyway, being three weeks in and the majority of the open over I have noticed something among the athletes.  By week three, the leaderboard seems to even out.  This year especially, where the first three workouts were so incredibly different and catered to three very different athlete types, by the end of week three the athletes atop the leaderboards are undeniably the most all around and consistent.  It always amazes me how well crossfit seems to work itself out like that as we see the familiar names closer and closer to the top each week and ultimately sitting at the top by the end of week 5.  What I have noticed though, is that week 3 – midway through this five week event – seems to be the make or break week.  This is the time when the athletes see the light at the end of the “open tunnel” and they understand that they will only be able to leaderboard shuffle two more times before real live regional cuts are made. 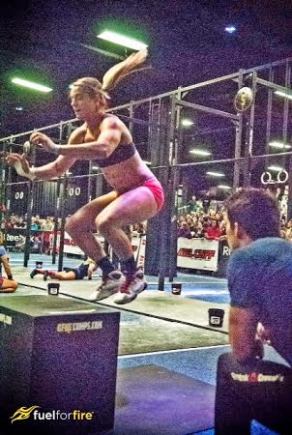 Make or break week affects everyone in some way.  Some athletes are sitting comfortably at the top after three tests and know they just need to finish in a consistent manner.  Some have used these three weeks to “play leapfrog” as they hop tons of spots each week in pursuit of that “front page” of the leaderboard.  Others feel they have underachieved and have not met their expectations and they begin to get discouraged with only two more tests left.  And still others have been quietly consistent each week and know they must continue that in order to make it to the next level.  I talked about surviving and advancing last week and that idea still applies.  However, I really feel that week three is when athletes are made or broken, physically and mentally.  Here they are either made hungrier and more willing then ever to perform their best and lay it all out there, or they are broken by mental and physical disappointment and are finding it hard to see the light.  Of course, I encourage every athlete reading this to let week three MAKE you.  Let it make you hungry, inspired, pissed off, willing to fight hard.  After week 1, I explained to necessity of trusting in the system and I think as important as it is in week 1, it is even more crucial now in the dead center of the “hell weeks”.  By trusting in our system and our abilities we can find the need and want to finish this thing with the same excitement and drive we started it with.  Let week three make you a warrior. 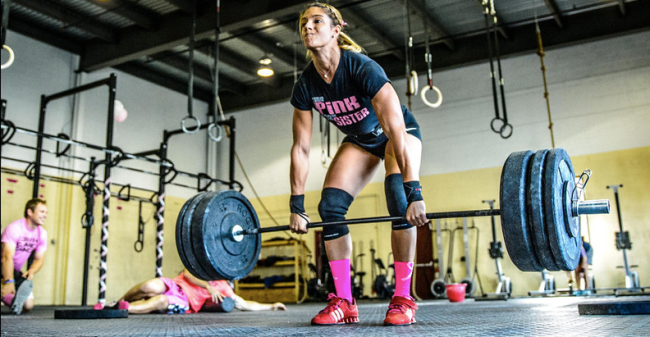 When this workout was announced, I reacted like I do every time a workout is announced.  I try not to get too high or too low on it because I know neither is good for me as an athlete.  I can tell you I was more satisfied with the movement combination than I was last week.  I would have been very excited about the introduction of box jumps into this open, however after looking at the workout closely I realized the box jumps had very little to do with producing a good score.  Deadlifts aren’t a movement I get excited about, yet when done at high rep and fairly heavy load they are actually one of my stronger points.  What I was pretty excited about was the fact that we were handed a ladder (workout with increasing weights of a movement).  I knew this would work in my favor because it would give me an advantage on the workout as I could handle the loads nicely.  I spent the weekend in New York working at The Outlaw Way camp at Crossfit Lindy with my coach and some of my teammates.  During camp, coach discussed “strategy” and the best ways to attack this workout.  Specifically, we assessed and tested (using a timer and heart rate monitor) the different methods of “box jumps”.  We ultimately decided on the step up, drop down method as that seemed to be just as fast as rebounding box jumps yet kept heart rate a lot lower.  We also spent a good amount of time talking about how to limit transition time while loading the bar.  This helped tremendously and was a big factor in the success of my workout as well as my teammates and many of the campers.  For me, I felt like I was cruising through this workout until the 205# bar.  When I got there, it began to hurt and I could no longer move as fast as I wanted to.  However, I knew I was able to just hang on and push through it until those 8 minutes were up.  I completed 167 reps in those eight minutes – clearing the 205# bar and getting 7 box jumps before time ran out.  That score was good enough for 21st in the region.  This helped my overall standing, pushing me up to 20th in the Mid Atlantic region.

This entry was posted on March 18, 2014 by NicoleRoggow. It was filed under Uncategorized .