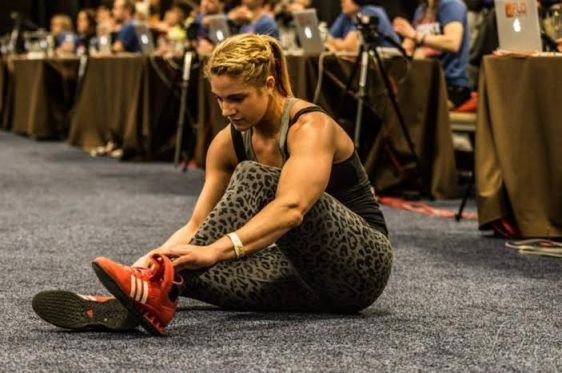 We are 10 days into March.  March is my favorite month out of the year, it always has been.  (Yes… ahead of my birthday month – October, and ahead of Jesus’ birthday month as well.)  The weather is getting warmer – kind of, but most importantly… it’s college basketball playoff season.  In my opinion, no other sporting event compares.  Teams you have never heard of come out of the woodwork with spectacular plays and wins and the strong favorites all year start to really showcase why they have been sitting at the top for the regular season.  Survive and advance is the motto for every basketball player across the country in March.  Ironically, now that I am no longer a basketball player but an exerciser for time, March is still a very important month in my season.  For us, March is a qualifying month.  It is our first opportunity to display and compare our abilities against our competitors.  It is in fact, a “survive and advance” situation, as every week presents a new challenge.  If you don’t survive the open, you don’t advance. 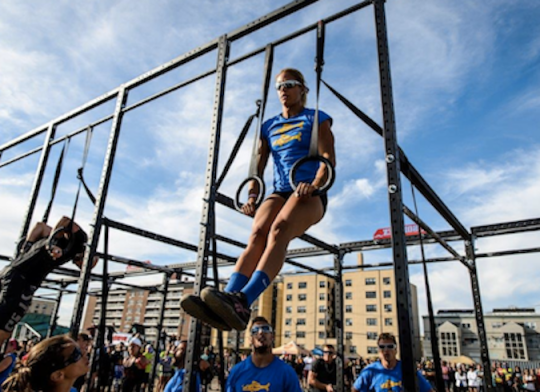 At this point, I’m almost already sick of the whole leaderboard thing.  The app was the worst thing invented, and my brain that loves numbers and equations has a field day with all the equation opportunities that the leaderboard so stressfully provides for 3.5 days out of the week.  To be honest, its really not just my leaderboard and where I stand – I’m constantly watching almost every region and every person I know in every region.  I felt like Monday ended and Thursday happened right away.  There were not enough relaxing days in between there for me.  I need more.  I have a coach that kind of knows the sport a little.. I guess, and he warned me two days into the Open to stay away from the leaderboard.  I promise I am really trying, but it is just so hard for me.  Maybe I’m just a rookie and really don’t know better.  Maybe my number crunching gift takes over… but I really have to learn how to control it.  I need to be better in that aspect.  I also need to be better in understanding that all I simply have to do is survive and advance. I am in hopes that writing this post will make it sink in a little more, and maybe help other athletes out there gain a similar mindset.  I don’t need to win every single workout, or beat everyone I know I am capable of beating every single week.  I just need to put my butt on the line, do what I can, and survive.  Then I have to move on – next week, next workout.  Another opportunity to crush something.  That, for sure, is something that is going to come with experience in this sport.

I can’t lie, when this workout was released Thursday night, I was not thrilled.  I knew it consisted of two movements that did not play into my strengths when combined.  However, I immediately put that out of my mind because at that point I didn’t have a choice.  It was like drawing a really tough team in the first round of the tournament.  You can sit there and think about how tough the game is, or you can come up with a plan on how to win.  The positive aspect of this workout for me was the built-in work to rest component.  A lot of my training consists of work to rest ratios so I knew that I would be able to capitalize on that.  Coincidentally, this workout followed the fun March theme of “survive and advance”, which put a fun spin on it for me.  All you had to do was survive for 3 minutes, then you could advance to the next 3.  Second week of March,  survive and advance, clearly Castro is a basketball fan.  Going into the workout, I knew I would break up the pullups up in small sets from the beginning and go unbroken on the overhead squats the entire time.  I settled on the butterfly chest to bar in small sets and went in with confidence.  However, I came out only 9 minutes later – ONE REP SHORT of advancing.  I was not satisfied, I knew I could not be and I knew I would have to redo the workout to have a chance at surviving the open.  After talking with coach, and revamping strategy, we came up with a plan that some of my other teammates had success at an I was able to attack the workout again this morning.  Thankfully I survived, at least another 3 minutes longer this time which significantly increased my score to 179.  That wasn’t my goal, but it would be decent on the leaderboard – good enough for 93rd in the region.  This dropped my regional standing a few spots, so I am now sitting in 38th in the Mid Atlantic region.  I survived a rough one, and focused on next week… I am advancing.  We will talk again in 7 days. 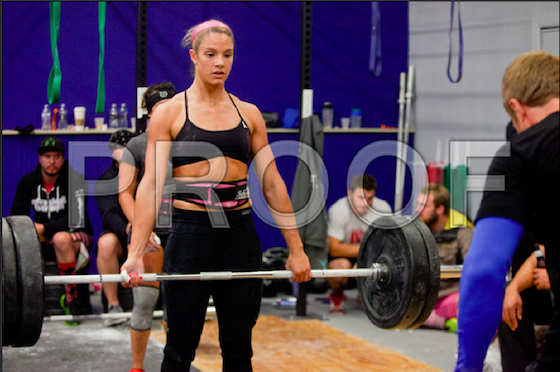 This entry was posted on March 11, 2014 by NicoleRoggow. It was filed under Uncategorized .