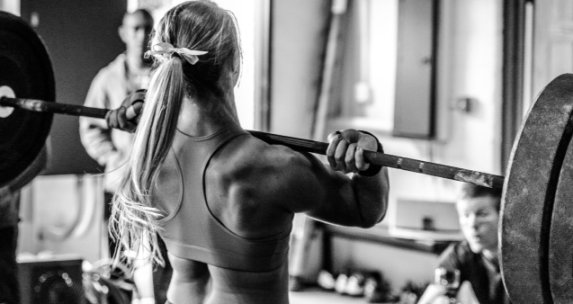 This week seemingly flew by for me in a whirlwind of events – for many different reasons.  These reasons have occurred in both my personal life as well as my athletic life (included in detail later in this post) that have unsettled me slightly.  However, through it all I have found this amazing, almost breathtaking motivation to get up every day and go after what I want even harder and stronger than the day before. Motivation is a funny thing.  It can come from amazing, inspirational avenues like great people or incredible events.  However, sometimes the best motivation is the kind that comes in the midst of insecurity and uneasiness. I’ve found this is a pattern in my life.  When stress introduces itself, I have about three bones in my body that want to run for cover.  The rest want to go out there and do the best work they have ever done.  I find when things get confusing and rough patches make their way onto my path, the easiest way for me to handle it is to get lost in myself and lost in my craft.  The motivation to latch on to what you love and what you trust fully – yourself – and succeed because you know you deserve to.  Originally, it had been basketball.  I became the player and shooter I was only after I tore my ACL.  My best games and practices would come smack in the middle of some sort of chaos going on in my life.  Whenever I felt uncomfortable, upset, uneasy, or scared, all I wanted was to be on some empty court with the ball in my hands getting shots up methodically.  Since I have been competing in exercise, it has served as that outlet.  When I start to experience those feelings because of life’s ride, I want to camp out in the gym.  I want to keep my hands on a barbell and keep moving until I can’t breathe.  I use the negativity as motivation and take refuge in the things I trust will always be there for me.  This week I have felt so driven and focused in the gym.  My new found strength and new found motivation have almost taken me by surprise.  I’ve trained with a chip on my shoulder like I just lost a game by 30 points on my home court.  Where some people would use the word “distraction” to describe unsettling events, I like motivation.  I have dealt with some sudden changes that probably should have knocked me off my feet, but instead have sent me sprinting like a lion –  hungry as ever, focused beyond measure.  In the end, I always turn to what makes me comfortable.  I find comfort in the motivation to make myself better every day, both as a person and an athlete.

Last weekend I experienced my first weightlifting debacle in the short career I have started here.  Of course I was highly disappointed in myself, so much so that I actually thought about not even writing about it.  I realized however, that would mean I wasn’t actually facing it and was almost trying to pretend like it never happened.  That would be detrimental to my ability to learn and grow from the mishap.  It would take away from the entire experience.

Two weeks ago, my coaches and I made a decision to have me lift as a 63kg lifter at the American Open in December.  Remember, I have already qualified for the AO as a 69kg lifter.  However, looking at the numbers, we made the assessment that I would probably have better success as a 63kg and would be able to get there if I was diligent about it.  At the time, I was at a body weight of about 67-68kg.  There was a last chance meet on Nov. 10th that I decided I would cut to 63kg for, lift at, qualify for the AO again in another weight class, and then register for the AO as a 63kg lifter.  Plans are only plans until they are executed.

I spent most of my energy in the two weeks leading up to the meet trying to understand how to cut weight and getting more in tune with how my body functions in that regard.  I had never done anything like this before.  I never get on a scale unless I’m at a doctor’s office.  Although I eat relatively well, I don’t monitor portions or time of day in which I eat – when I am hungry, I eat.  That all changed.  I became a consumption machine, eating specific portions of specific foods at specific times.  Drinking water on a schedule.  I spent most of the two weeks uncomfortable, just because my eating routine had changed and my body was a little thrown off.  I have to be honest, I doubted my coaches a few times during those two weeks.  I really didn’t think the weight loss was going to be possible.  However, I did what they said and I was very slowly cutting weight and I felt like I was still lifting normally.  The only physical difference I could feel was the fact that a couple minutes into my met cons I was getting easily fatigued.  Most likely from the cut in high energy food consumption.  Other than that I was staying positive and on track.  I hit my openers with no problems the week before the meet as I usually do.  Things were going according to plan.

After all the worrying I end up weighing in at 62.8kg, exactly where I wanted to be.  No, I didn’t feel 100%, but I was excited to lift and finish through with the game plan we had put in place.  I was opening with a 69k (151.8lb) snatch – this is usually money for me.  However, a little technical mishap went down during my first pull and I ended up leaving the bar out in front of me a little too much.  I hit 70k (154lbs) next, but missed 73k (160lbs), which was heavy – but something I could have stuck easily.  Good news was that all I had to do was hit my first clean and jerk and I would successfully qualify for the AO – again.  Bad news is that the same technical issue that happened in the first pull of my first snatch happened on my 91k (200.2lbs) clean opener, and then again at 92k (202.4lbs).  I fixed it nicely on my third and final attempt at 95k (209lbs) – all I had to do was stick the jerk.  I didn’t.  I went 0 for 3 on my clean & jerks for the day, leaving me with no total to qualify for the Open as a 63k lifter.  Although the plan was in place and perfectly set for me, my execution that day was off and so the plan could not unfold.  Yes, not ideal – but I will work with it.  I will switch weight classes down to 63kg when I arrive at the American Open in a few weeks.  It is possible that my current total may qualify for an A session, however it is very unlikely.  A or B really does not matter at this point.  It is what it is.  I just need to hunt the podium down from wherever I stand that day.

This entry was posted on November 15, 2013 by NicoleRoggow. It was filed under Uncategorized .