This weekend the CrossFit community was rocked by a terrible injury sustained by a big name athlete at a large scale competition. Kevin Ogar from Crossfit Unbroken in Denver, CO missed a 235# Snatch which ricocheted off plates stacked behind him — striking his back, and severing his spinal cord at T11/T12. Currently, he is paralyzed from the waist down. I do not know Kevin. My only connection is through groups of athletes and coaches that know him well. However, that really does not matter here. When I heard this news I froze and immediately got chills. I am in a community of people who perform these lifts at high intensity and heavy load almost everyday, he is no different than any of us. This was not out of the ordinary. That is the most frightening part of all of this.

I think the biggest thing here is that we understand what we are doing, this exercising, this “CrossFit”, is now a full blown sport – one that is growing and growing by the minute. Just like in any sport, there is an unavoidable risk of injury – sprained ligaments, torn muscles, broken bones, and unfortunately, the ones that are much much worse, like the one we all learned about this weekend. It is important for us all to understand that there is no one or nothing to blame here. That may be difficult for some of us. When something bad happens our natural human instinct is to try our hardest to find someone or something to blame. It is usually our way of trying to comes to terms with how and why something so awful could happen. We need to find the strength to trust in a larger plan – even if that seems so ridiculous. We cannot blame the sport, or the equipment, or the event. Even in the safest place and under the safest circumstances we can create, there is an undeniable amount of risk involved in any sport.

I was a junior in college when Eric LeGrand of Rutgers University’s football team suffered a similar injury during a game. I remember reacting both physically and emotionally in almost the same way I am after Kevin’s injury. I realized that LeGrand was no different than me. He put his uniform on, taped his ankles, laced his shoes up, and put his game face on to take the field in the same way I did before every game. But he never made it to the next one. I couldn’t help but make that connection when I heard about Kevin. The open is approaching and from what I hear about him, I know he must have had big plans to make a run at his region. Like the rest of us, he had to have been training hard for countless hours a week, dedicating his life to becoming stronger, faster, and better at our sport. He went out to compete this weekend as a “precursor to the season” to test himself against the best in the sport. The unthinkable then happened, life got put in perspective, and now goals have been significantly altered. 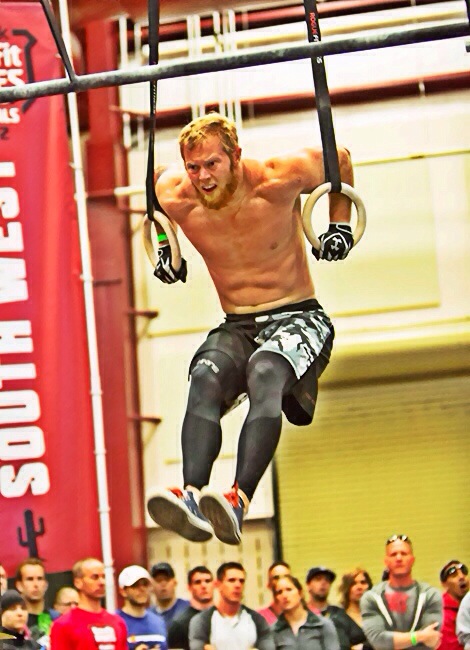 As a community of athletes, we could react to this in two ways. The first, we could live in fear every time we walk into a gym or touch a barbell. Understandable, but not productive, beneficial, or the way I would imagine Kevin would want us to react from his incident. To be as good as he is in the sport, one must carry a strong passion for it. I believe he would not want this incident to deter anyone else’s passion for the sport or for exercise in general. The second, would be with a fierce and grateful disposition every time we walk into a gym or touch a barbell. Personally, I woke up this morning looking forward to getting in the gym and snatching. I felt like I had a duty to uphold. I didn’t care that I didn’t know him, I needed to honor him. I knew, for a fact, that there was a great athlete out there that would probably do anything right now to be able to wake up this morning, head to the gym, and put a barbell above his head, to sit and analyze his lifts, then get back on the bar and make the next one better. He would probably do anything to jump on a bar and do a set of pull-ups, or grab some rings and do some muscle ups, throw himself on the floor and get back up over and over and over again, and then go out on a run. We cannot live in fear stemming from an incident like this, we need to become even more motivated. We need to be grateful for the ability to move in the amazing way we do. We are fortunate every day to be blessed with the gift of movement. Our sport honors this gift and we need to honor it back.

I want this post to serve as a reminder while everyone is training hard this preseason. When our muscles are real sore, when we are having a bad day, when conditions aren’t optimal, when we don’t do as well as we wanted to on a workout, when we just want to stop or we are just not in the mood – there’s someone out there that would fully appreciate every single second of it and would probably kill to be in your position. We are doing Kevin an injustice by succumbing to that negativity. Be grateful. Understand how lucky you are. Realize the gift your body has. Do not take it for granted, not even for a second. Go out and destroy whatever is in front of you. Leave nothing. We need to approach the gym and the sport everyday with a reverence for our abilities and a knowledge that we are blessed to be able to do what we do, and a strong desire to Move For Kevin.

Here is the fund that has been setup to donate to Kevin’s road to recovery. He is without health insurance and has a long road of medical treatment ahead of him. We can all do our part in his progress. Kevin Ogar’s Recovery Fund

This entry was posted on January 13, 2014 by NicoleRoggow. It was filed under Uncategorized .

There was an error retrieving images from Instagram. An attempt will be remade in a few minutes.